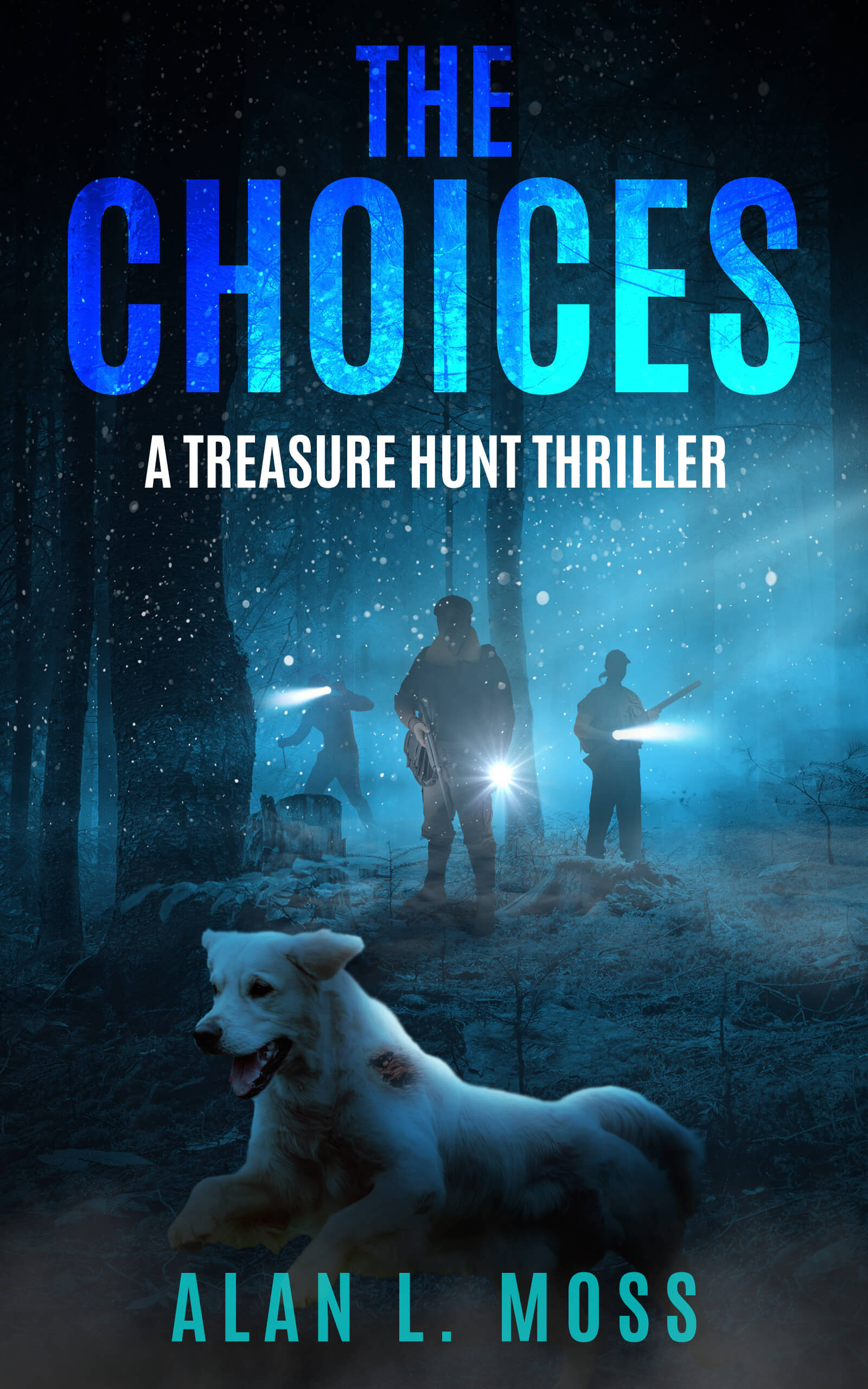 The Choices: A Treasure Hunt Thriller by Alan Moss

Sixty-six million years ago, the Chicxulub asteroid crashed into the Yucatan peninsula. Its heat and dust killed the dinosaurs and most other species on the planet.Based on newly generated NASA measurements and a unique theory, a Ph. D geology student concludes the asteroid created a fortune in hidden diamonds. When she discovers her business partner and financier is of questionable character, she escapes to Canada to plan an expedition to mine the stones.Gary Levin arrives in the same Canadian village to mourn the loss of his wife, senselessly murdered during a white supremacist shooting. He soon finds a wounded golden retriever and a flash drive of unknown origin.Puzzled by information on the flash drive, Levin learns the data could guide mining the fortune in diamonds from Mexico’s Yucatan peninsula. Although there is danger diving and mining the waters and evidence of opposition plotting their demise, the lure of the diamonds and the opulence they represent are too much to resist.Levin and his companions crisscross the globe in a race to obtain the diamonds before the spurned financier and an approaching hurricane can disrupt their efforts.